Start a team, raise money, solve the clues, complete the challenges, and RACE against HIV!
​
Participants will be given cryptic clues and challenges to complete that will send them on a timed scavenger hunt around downtown Regina. The team that completes the race in the fastest time will win our ultimate prize pack!

The more money you raise before the event, the better chance you have at winning the Amazing Race Against HIV. Every $200 raised will knock 10 seconds off of your final time.

​Registration fee is $25 which will include your entry into the event, a delicious BBQ and refreshments, and guaranteed prizes.
There are a limited amount of team spots available; so register as soon as possible!

​This is Regina's most important HIV/AIDS fundraising and awareness event that strives to educate Canadians about the social, cultural, and economic issues surrounding HIV/AIDS in their communities. All proceeds stay in the community where they are raised and help fund programs and services that directly benefit people living with or affected by HIV/AIDS.
Sign up for this years event at: ​https://www.canadahelps.org/en/charities/aids-programs-south-saskatchewan-inc/p2p/the-amazing-race-against-hiv-2019/
THE AMAZING RACE AGAINST HIV 2018 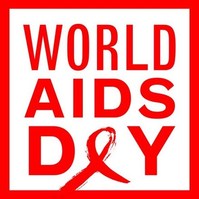 World AIDS Day is held on December 1st each year and is an opportunity for people worldwide to unite in the fight against HIV, show their support for people living with HIV and to commemorate the people who have died. The first World AIDS Day was held in 1988 and it was the first ever global health day.

Today, many scientific advances have been made in HIV treatment, there are laws to protect people living with HIV and we understand so much more about the virus. Though despite this, people do not know the facts about how to protect themselves and others from HIV, and stigma and discrimination remain a reality for many people living with HIV.
World AIDS Day reminds us that HIV has not gone away – there is still a vital need to raise money, increase awareness, fight stigma and improve education.

What should I do on World AIDS Day?
World AIDS Day is an opportunity for you to learn the facts about HIV and put your knowledge into action.
Click here to find out the facts.

You can also show your support for people living with HIV by wearing a red ribbon, the international symbol of HIV awareness and support.

World AIDS Day is also a great opportunity to raise money for your local AIDS organization and show your support for people living with HIV.